Z started kindergarten today. She’s been outfitted with a new matching backpack and lunchbox set. With a horse theme. I said she should pick her clothes out, and this is what she chose. 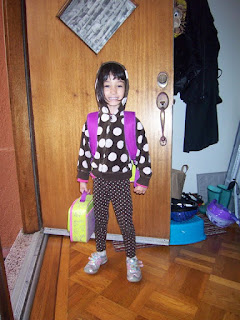